c. 6. B. Have the greatest economic need

Indiana utilized median household income to determine the relative distribution of those with the greatest economic need. The majority of individuals with this barrier to employment are located in two bands of rural areas, one running southeast roughly from north central to east central Indiana, and the other from west central to south central Indiana.  The first band is mostly served by the state; the state serves parts of the second area, but the majority of Hoosiers in this area are served by AARP, Goodwill, and National Able Network (NAN). 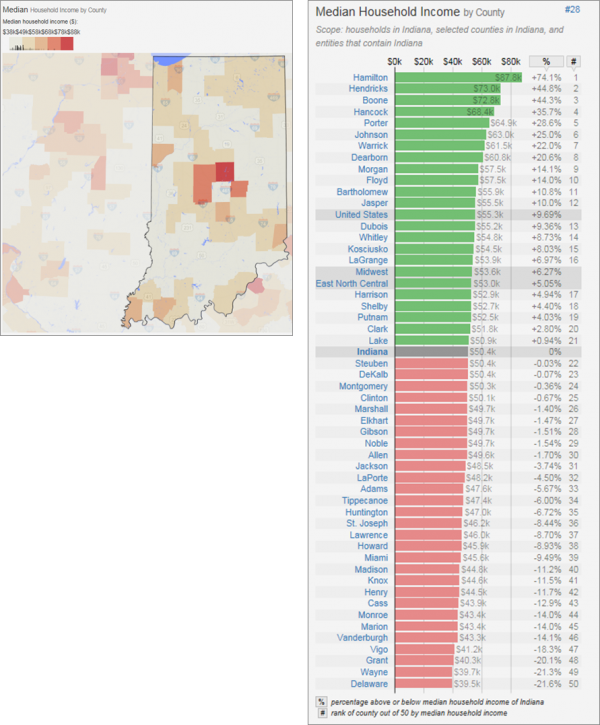