Northwest, northeast, and central Indiana have the highest distribution of minority individuals in the state. 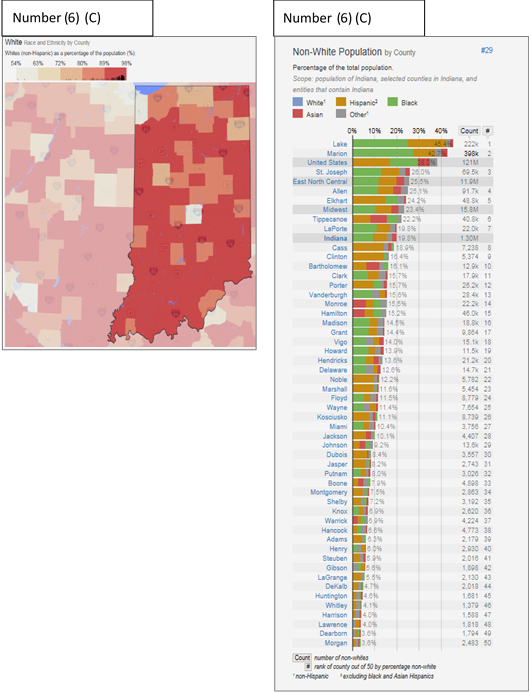 The highest concentration of Asian Hoosiers is in central and west central Indiana with an outlying pocket in the Fort Wayne area. The two densest areas with African-American populations are northwest and central Indiana (Gary and Indianapolis).  The next two more moderately populated areas are Elkhart and Fort Wayne. The densest areas of Latino population are in central, northwest, and north central Indiana (Indianapolis, Lafayette, and Elkhart). The highest distribution of mixed (two or more) race individuals are in southwest and eastern Indiana. 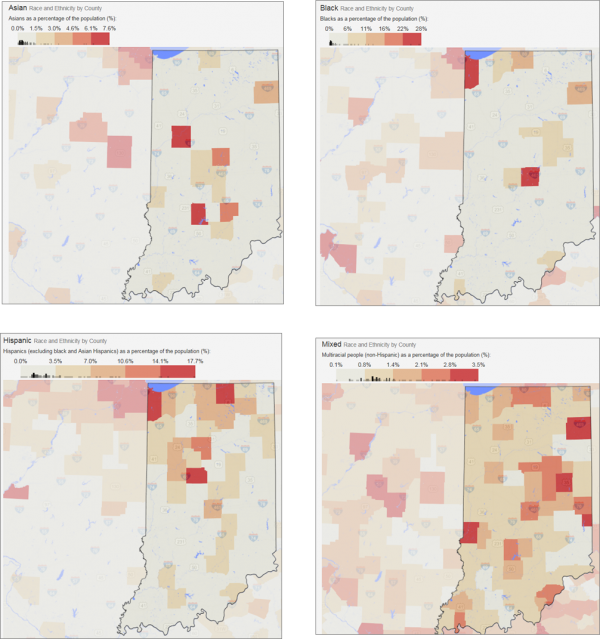