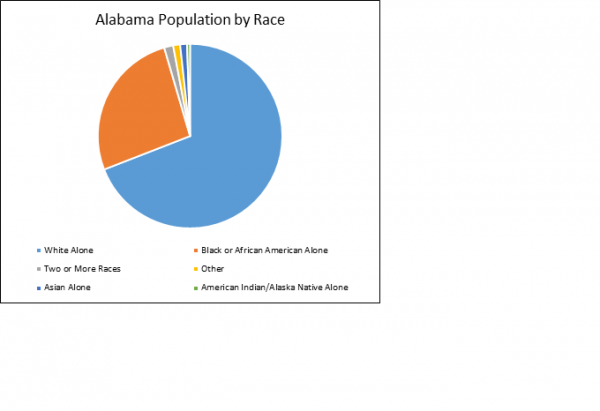 According to the U.S. Census Bureau, African American’s represent 26.5% of the state’s population, however the concentration of African Americans in certain counties over others shows the significant differences in geographic distribution of the population by race.

The Asian population in Alabama remains low at 1.2% across the state.