While individuals who speak a language other than English in the home are not necessarily limited with their proficiency with English, it provides a pool of potential eligible program participants. Spanish is by far the most common language spoken at home other than English (4.6%). When comparing this with the distribution of minority populations, the areas with the greatest propensity for English language challenges are in central, northwest, and north central Indiana (Indianapolis, Lafayette, and Elkhart).  The second most common group of languages includes Asian languages, and so central/west central Indiana and the Fort Wayne area have the next greatest propensity for English language challenges. A third group is that of Syrian refugees in central and north eastern parts of the state. 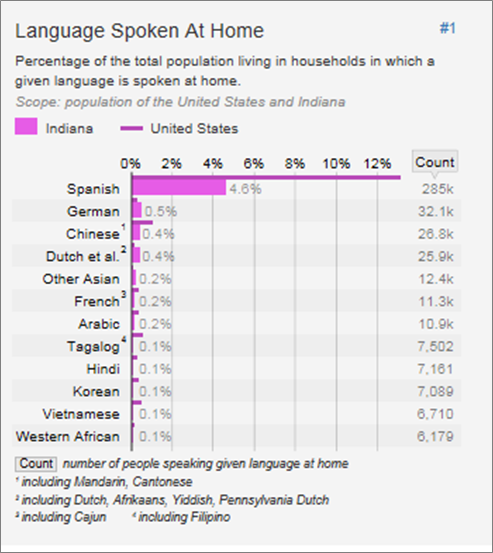