c. 1. A description of the localities and populations for which projects of the type authorized by title V are most needed. (20 CFR 641.325 (d))

The chart below breaks down Indiana’s 55+ population by:

The process for assessing and determining the movement of positions was completed in part by defining “rural” counties as those where the rural population is greater than 40%.

The state has sought to ensure equitable distribution of AJC offices and is utilizing online options to enhance access to SCSEP and virtual reemployment services in the more rural areas identified in the far right column by a “Y”. 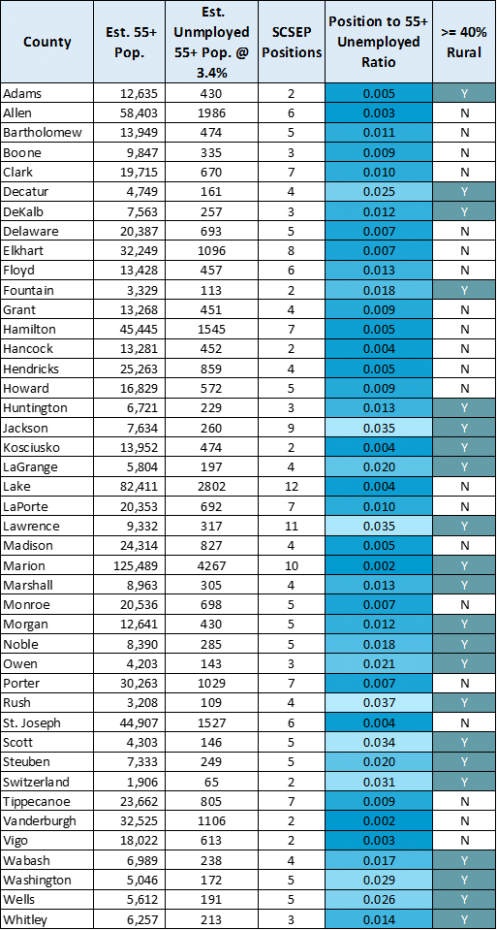 The graph below breaks down the total population of each region by race:

The graph below identifies the % of Indiana’s population living in households where languages other than English are spoken at home in comparison with the entire country. 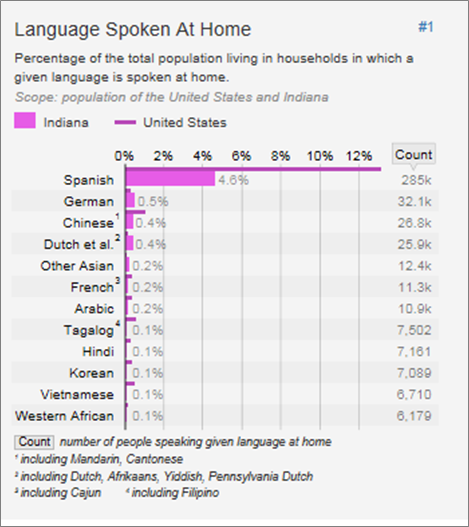 The three previous charts provide valuable insight into identifying Indiana’s most at risk counties including populations with barriers such as higher than average unemployment rates, greater distance/travel challenges to WorkOne AJC’s.  Additional factors may include race and English as a second language.  All of these factors influence placement of SCSEP positions and help us identify, by county, areas where additional resources such as interpreter services, multi-lingual documents and forms, and additional funding may be needed to provide additional support and WorkOne AJC staff.